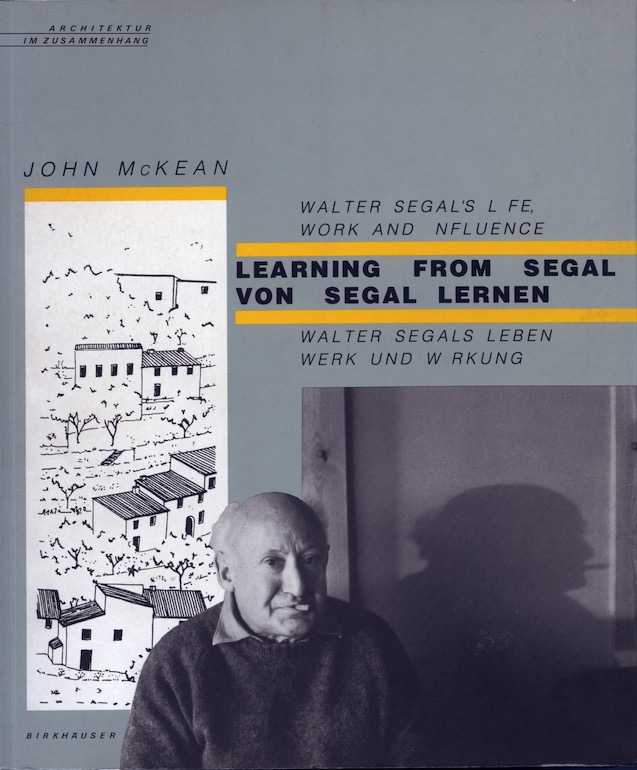 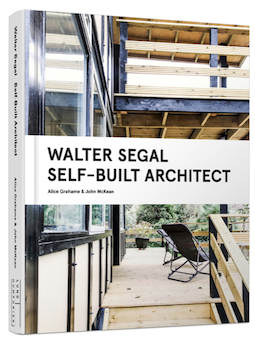 The second book on Segal has finally moved into production at Lund Humphries and is due for delivery to any eager potential readers in May 2021.

I had imagined that my Walter Segal, English Architect –  for the nice series of 20th Century English Architects – would be published even before this one, Walter Segal, self-built Architect, was written. But  sponsoring publishers RIBA and Historic England faded, as Liverpool UP joined the stalwart Twentieth Century Society; all, it seems, remains in dark pipeline.  However, this rather different book, written by myself with a final section by Alice Grahame, is actively in production for publication in May 2021.

This book’s first section focuses on Segal’s formative years in Continental Europe where his father Arthur was an important painter and Walter grew up surrounded by leaders of the European avant-garde. On qualifying as architect in Germany just as the Nazi party came to power, Segal moved to Switzerland, Mallorca, Egypt and finally to London in 1936.

The second section focuses on Walter Segal’s central theme of popular housing, his unique and independent form of professional practice, how he managed to spread his ideas through writing and teaching, and how his architecture developed towards the timber-frame form known world-wide today as ‘the Segal system’, which could be used by people to build their own houses.
The third section follows the development of the timber-frame form known world-wide today as ‘the Segal method’ and how it came to be used by people to build and indeed design their own houses. This culminated at the time of Segal’s death in two areas of self-built public authority social housing in London – housing which, nearly half a century later, remains as unique and highly desirable neighbourhoods.
The final part is written by Alice Grahame, whose home is a self-built Segal house and who organised the Walter Segal exhibition at the Architectural Association in 2016. She explores the legacy offered by Segal to younger generations; how his work and example, half a century after his timber ‘method’ was developed, leads to the possibility of making, and then living within, communities whose places are constructed with a flexible, easily assembled, planet-friendly timber-frame building system today and tomorrow.
The book is found – and indeed can be ordered – on the Lund Humphries website here and we are all hoping that, despite the continuing unfavourable Covid-10 climate, we can publicly share its arrival one way or another in 2021.