Old News is better than Alternative News, and so before this site is properly spring cleaned it’ll just stick with old news, and then anything from 2016 (the busiest, most exciting and last year of Cognoscenti) and 2017 and later will only glimpsed in the occasional  Posts… News

Meanwhile, the Oldest but far from Fakest News I can find is this image of via della Roggia 6, Togliano, around 35 years ago, in an old photo Paola found and showed us this morning. 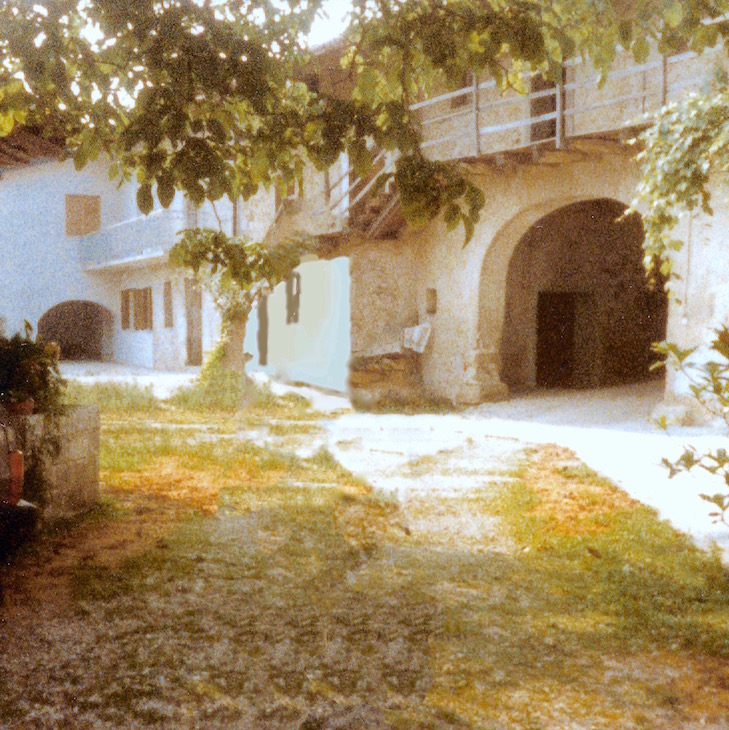 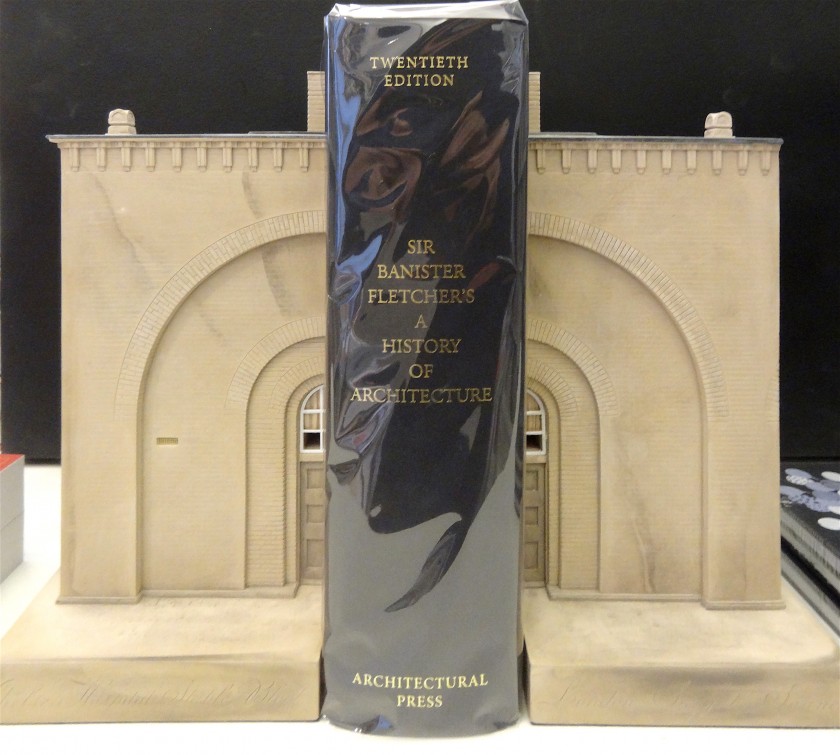 As 2015 ends, the “New Banister Fletcher” project, which consumed some of my years, has now officially vapourised as the 21st Edition will be a completely new volume written by myriad eminent contributors and edited by Murray Fraser.  I wish them well, and equally look forward to unlocking and even blowing dust from my own thoughts from early this century.

That was 2015.  The second half went so fast not a word was added here.

2016 will see us taking even more Cognoscenti tours than we did in 2015, but the New Year resolution for 2017 will be to diversify more gently and try experimenting with notions of retirement.

We have postponed for a year my half-planned exhibition of drawings in Lewes, which was to follow a year after that of my photographs in 2015 Spring.

So instead, I will see what it’s like trying to put up here one drawing every day…

July 2015 and we are about to leave for the Veneto, working on our next completely new tour, the Terraferma of the Veneto.

Undiscovered, sure thing.  Would you believe that this wonderful space is the hardly visited tourist information office in a tiny hidden, ancient Veneto town?   We’ll be back there tomorrow! 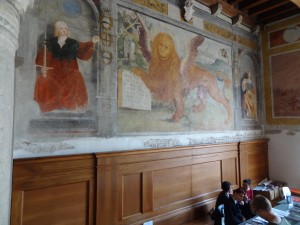 This tour, which is still a year away, only went on sale this weekend, but, wow, it looks as if nearly all the places are already spoken for.

May 2015 and we are about to leave with one of our new tours for the first time: “Edge of Empire” which explores two millennia of civilizations beating against each other where Europe’s three great cultural and language groups meet (today where Italy, Austria, Slovenia and Croatia meet). This is one of two tours quite unlike anything else we can see on offer elsewhere, and we are excited.   We are already taking advance bookings for 2016 ( )  ; and also for “Terraferma”, our other original 2016 tour, exploring that strip north and west of Venice where the flattest of plains suddenly hits the Alps, where little Renaissance walled town remain intact, whence came some of the greatest artists, whither went the Venetian nobles to their villas by Palladio (http://www.cognoscentitravel.co.uk/package/terraferma-veneto-sea-meets-mountains/).

And everything below simply shows how a varied range of projects currently develops.

–          COGNOSCENTI Travel has gone from strength to strength, it’s website, facebook and twitter presence now dominate my portal to the wider world.    Having run two (fully booked) tours  to Ferrara, Ravenna and Urbino and one to Hannover in 2014, with 2015 currently running and 2016 planned, we are kept busy.  From the start of 2014, Cognoscenti Travel, a company offering select cultural history tours in Europe and Britain, was set up with my wife Mary.

–          URBINO Certainly our “Renaissance City” tour in 2015 and our “In The Steps of Piero” tour 2016 will visit Urbino, which I have been visiting since first invited by Giancarlo De Carlo in 1979.  There is the possibility of producing a guidebook to Urbino (with lindquistguides.com) if ever extra hours can be fitted into the day.

–          MARINE GATE   In 2013, Mary and I together began a project exploring the story of Marine Gate, a unique development of modern flats built in the late 1930s on the clifftops of Brighton.   This is developing into a fascinating close-focus slice of social history folded in with the shaping of an unusual building and then how it has shaped its generations of inhabitants.   From listening to the memories of a 90-year old enthusiast to finding a tranche of 1943 bomb damage photographs, the project grows ridiculously, chased by our insatiable curiosity.

Meanwhile, I am also researching the history of a family of architects, some famous, all fascinating, through many generations; a human tale which also is a biography of a changing profession over two centuries. 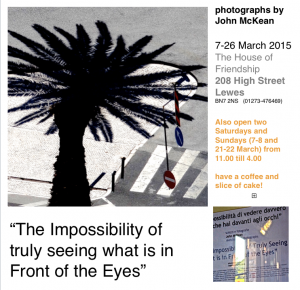 –          PHOTOGRAPHY  My photograph “Palazzo” was exhibited at Hadid-designed Roca Gallery, as one of eight finalists in the 2013 “Architecture & People” photography competition.  “Skyscraper at teatime” was exhibited as finalist in a C R Mackintosh-related competition at The Lighthouse in Glasgow. In 2015 the finalist photographs moved to exhibition at Glasgow Airport.   Photographs were exhibited (with drawings and paintings) in a one-man exhibition in Udine, Italy, in March 2014.    A one-man photographic exhibition “The Impossiblity of Seeing what is in Front of the Eyes” showed 70 images in Lewes, East Sussex, in March 2015

–          DRAWING continues focus my attention; and with the exhibition in Udine in April 2014, which was largely drawings of architecture, I gave a linked lecture on ‘why architects draw’.

–          CHARLES RENNIE MACKINTOSH doesn’t seem to go away.  Shortly after addressing The Twentieth Century Society and various branches of the Charles Rennie Mackintosh Society on both Mackintosh and Alexander Thomson, I led a tour to the architecture of Glasgow and the Firth of Clyde in 2012.  In 2015 I wrote about Mackintosh’s architecture (RIBA Journal, February 2015) and and lwill ecture about him in Guildford in October. 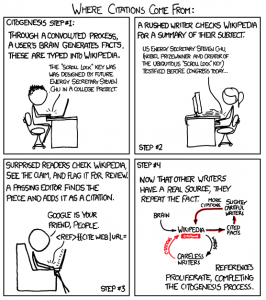 –          BOOK REVIEWS are offered less frequently recently – no bad thing as there is always so much I want to read.  A stickler for scholarly standards, sometimes I let bees get under my bonnet, as is seen in two intemperate reviews: Broadening the mind and Muddle on Mackintosh.  But how much I’d rather be asked to review books I could praise, and so was happy to review Evergreen recently for the RIAS Quarterly (Spring 2015).

–          STRINGS ATTACHED, In 2010 I helped form this group created to support top quality chamber music in Brighton & Hove. Its inaugural recital, given by the quartet led by their president, Levon Chilingirian, opened into a winter season of string quartet Coffee Concerts in the Brighton Dome on Sunday mornings which, with the fifth season planned for 2015-6, is now a fixture in the city’s calendar and in 2015 I have left its committee.

–          OUR STUDIO At the end of 2011, Mary (a mosaicist) and I completed a rural studio in northern Italy for ourselves.  The ‘rustico‘ was originally built with existing field walls on three sides and was a roofless ruined store with only the old torchio, the grape press, in a corner.   Floor, roof and everything inside is new (though not looking so new today as in these photographs).   Walls simply met at right-angles, unbonded together, and are now invisibly tied together, both linking the underpinned walls beneath the floor, and inserting cuci-scuci, knitting the corners together –  steel and cement  corsets unknown to the original builders, but reassuring in this seismic area.   (Local architect Simonetta Daffara was utterly invaluable.)

–           THE REGENCY SOCIETY I was a trustee for many years, and my photographs of Brighton & Hove of Brighton and Hove were used extensively in their publications. In 2011-12 I was editor of The Regency Society Journal (RSJ), planned as a new twice-yearly publication for its members whose first edition appeared at the end of 2011, but sadly the project was killed off while the second edition was in preparation.   I dreamed up up a Regency weekend, held in October 2012 in partnership with The Royal Pavilion and The University of Brighton. It was hugely successful, largely thanks to the brilliant event management by Mary McKean, and the array of fascinating speakers, guides and musicians assembled, and carried off with much volunteer support from Regency Society members and Royal Pavilion guides. I have regularly been asked ,over two decades, to give talks in its winter season of lectures.