SPECIAL OFFER!  I have a copy of this classic masterpiece at greatly reduced price one week only – £129.99!

Otherwise, Segal fans, you will just have to wait for a while more for a new book to  appear… soon…

Walter Segal next Monday – do read Rowan Moore’s great piece in The Observer 16 July – and join us!

An evening celebration of the life and work of Walter Segal is at The Building Centre from 6.30 pm on 24th July 2017

Places can be booked and full details found here .

Jon Broome, architect and Segal’s partner, and self-builder of a house in Segal Close

and me, currently gearing up to republication of a revised edition of my 30-year old biography of Walter Segal. 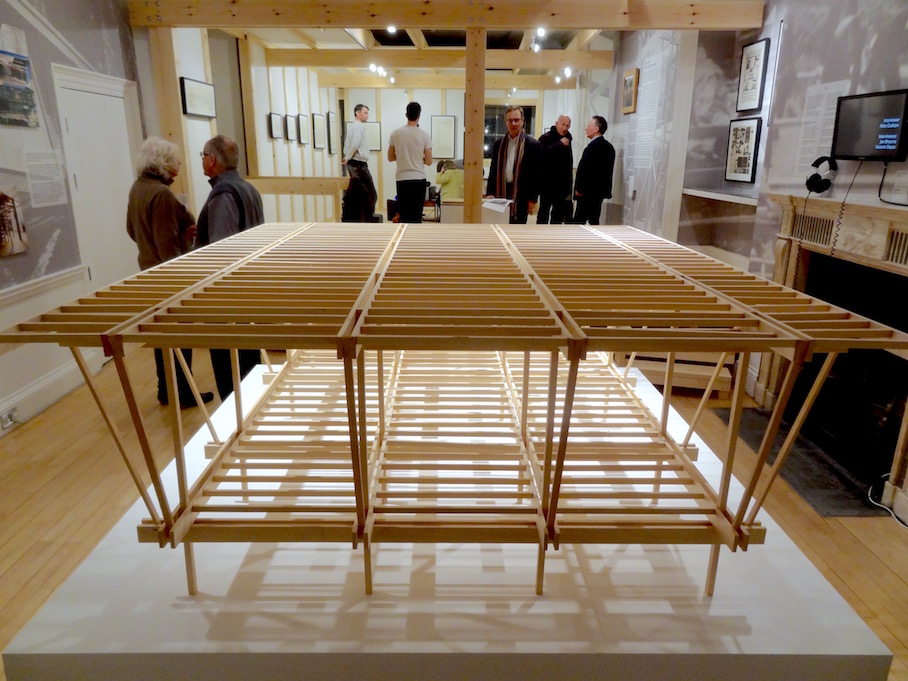 Final preparations for the Walter Segal exhibition at the Architectural Association which opened with a packed party last night. In the foreground, a “Segal” pavilion by Assemble – winners of the latest Turner Prize – which now replaces the ‘temporary little house’ Segal built in his Highgate garden.

Beyond the model, to the left, are John Frazer and his wife, who built an interactive computer model of Segal’s system in 1980s to aid clients in designing themselves; to the right of the column are Jon Broome, Segal’s partner and successor with self-build; Nicholas Taylor, author of The Village in the City and, as Lewisham housing chair, the key enabler of the Segal method being taken up by a public housing authority; and John Segal, the architect’s son (seen again below portrait of Walter Segal by his father, Arthur Segal).

Five minutes after this picture was taken, there was barely room to move. 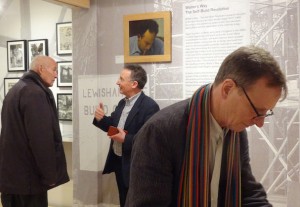 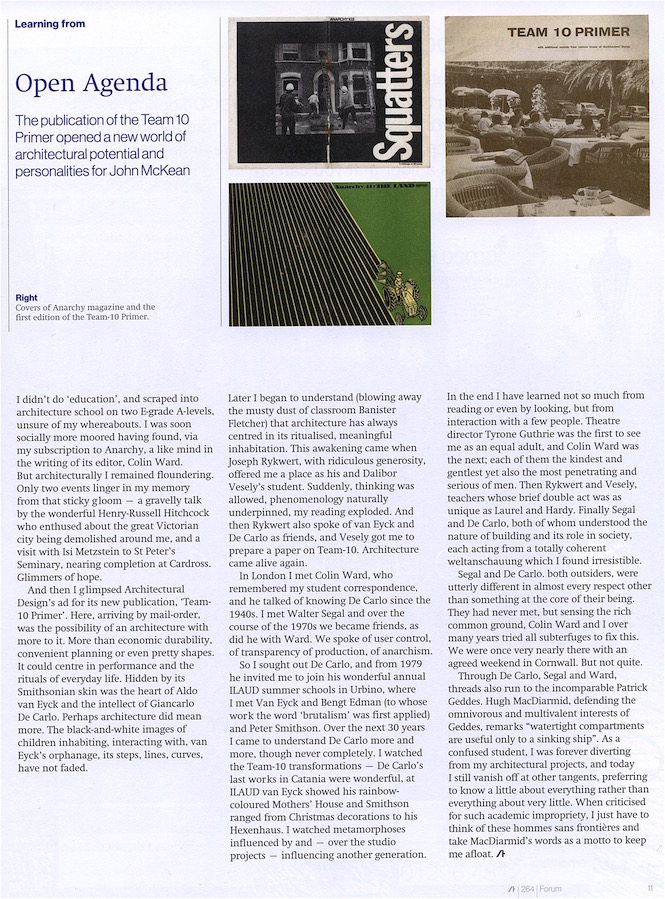 (This is published today, 11 January 2016, in Architecture Today and is not yet on their website. Scroll down for previous post on Walter Segal, exhibition, and links to texts)

0
Posted in Posts ... words, Walter Segal | Comments Off on Segal, part 65 : Architecture Today – Open Agenda around Walter Segal and others

I have only just learned the details myself, from this tweet. 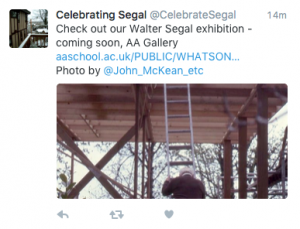 As part of that event, there is a panel discussion on Walter Segal and the Future of Self-Build, with Jon Broome (Segal’s collaborator years ago, and today a leading exemplar of timber-frame, self-build and low-energy buildings), Charlie Luxton (architect well known from regular television appearances) and Alice Graham (exhibition promoter, journalist and inhabitant of a Segal-Broome house at Walter’s Way).

It will be at the Architectural Association on 26th January at 6.00 pm.

I have written much about Walter Segal, including but not only his pioneering of self-built timber-frame affordable houses for those on local authory lists as being in housing need.

The only book on Segal is my Learning from Segal (Birkhaueser, 1989) now long out of print.  But various other writings on Segal are now available here. 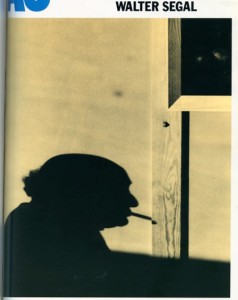 Alice Grahame has got a great website started at http://www.waltersegal.org

Segal, part 62 : Walter Segal will be back soon

Currently there is simply a cupboard not properly cleared out and sorted on this website of Walter Segal stuff here.

However, impetus is returning and soon I hope it will be stacked with loads of accessible goodies.

Meanwhile, anyone further interested – not least interested in the developing notion of using crowd funding to produce a much revised and updated version of my book on Segal which is over 25 years old – do please get in touch by email (click on ‘do contact John’ in menu on the left). Thanks to all who have already been in touch.